Its 2012 , and we have a new many Linux operating systems coming up, but only a few seem to make it to the top . One of my personal Favorite is Linux mint : This operating system provides a fresh start to newbies and also gives the traditional desktop interfaces both which are easy to use and rock solid.

Currently Linux mint has topped the charts in www.distrowatch.com, and finally it toppled down Ubuntu’s six year reign. Linux mint is a distro made for the community , ideas and suggestions are given by the users and the Linux mint team work real hard to bring out those ideas.This is what makes Linux mint very amiable and makes it stand at the top .

For those of you who have used or are still using Linux mint 12; you are in for a lots of change. the new-edition of Linux mint 13 promises many changes and promises to deliver.today I am only going to make a small review of Linux mint 13.

Linux mint 13 is a distro based on Ubuntu, and it follows the same cyclic release as Ubuntu,(but only releases when the operating system is ready)**
Linux mint had a very humble beginning, but its safe to say now that all that has changed.. Linux mint is a new and fresh operating system. we know that there has been many changes in the interface that other operating systems are using(Ubuntu and windows 8) , and these changes are very and drastically severe. it not only makes your computer unusable but also makes the user a statue!! , I am talking about gnome 3, the desktop(gnome 3) is still at a very early stage but, seems like the improvements made are only making it tougher and tougher to use the system. hmmmmmmm.

The Linux mint team has worked real hard to bring back the traditional desktop layout which has proved its stance till now.The new Linux mint 13 comes out with 2 editions, one which features the MATE desktop which is a super stable and more suited for productivity , and one features a cinnamon interface, the new zingy interface is the talk of the town, and its brings modern features to the traditional desktop layout. real awesome..More about the interface in the respective sections

The beauty of Linux mint is that it has all the codecs and multimedia formats pre installed, its plays most video formats out of the box, no need to update or install anything to make it work 🙂

Linux mint 13 is the latest from the team and its up with many features. this review of Linux mint 13 will help you see how it is 🙂

I decided to make a quick and fast review,  so i am directly heading into the details 🙂 so how fast is fast?? and how fast is Linux mint.? from what i have experienced, seems like Linux mint is actually lightning  fast compared to the unity interface Ubuntu uses. yes its very fast both in the MATE edition and the cinnamon edition. unity is more suited for touch screens,(its also good) but for the desktop and laptops,, its a definite no-no

Users of the legendary gnome 2 will know how stable and fast their systems were, we can expect the same type of performance and speed from Linux mint 13 MATE edition. its almost the same and one can even say its going to get better than gnome 2 soon.

RAM usage in Linux mint 13 is quite good for a full interface, its quite low, in my 32-bit computer when the computer was idle i was running at 200Mb of RAM usage, and in my 64-bit system it was at 500Mb, this is mostly computer dependent. so don’t make any assumptions with this..!

The general performance is very good, applications open up real quick, no waiting time. once i click my Firefox or chrome or libreoffice, its there waiting for me! more about this in the  sections about MATE and cinnamon.

Linux mint 13 has a very decent software manager, but it does take up some time to start up, but its got a nice splash screen dialog coming up.. so its quite okay. when Linux mint starts up it doesn’t have a splash screen, instead it shows a black screen.

If you have installed any Linux mint or Ubuntu before, you can skip this, as this is the norm..
anyway, the Linux mint 13 installation is very much the same as Linux mint 12 or Ubuntu, as usual there are options to encrypt the home folder , you can let the installation make the optimal settings for you and let it do a dual boot, or if you wanna get more geekier you can install by specify the partitions yourself .

Here is where you can see the first change and a darn good one too. The Linux mint team had replaced the normal log in screen you would find in Linux mint 12 or Ubuntu. MDM is simply very nice, it is customizable, and you can change anything you want in MDM, its coding is based on gdm2.x

One thing that i didn’t like is that, in MDM you will have to enter the username and password yourself, previously it was only entering your password and select the user’s. lets see if i get used to it.

This year, Linux mint team for the first time has released two separate ISO’s. one for the MATE interface and one for cinnamon. both are awesome and if possible you must try out both.

whats the difference?? its very simple, productivity and stability versus new and modern and eye candy. MATE vs Cinnamon,,,,,

Okay i promise i will keep this section as small as I can, but its not easy..MATE has a lot to offer. when you boot up Linux mint 13 with mate you are welcomed by the very well known and comfortable interface ever. In MATE things just more and there is no complications like unity or other interface..
MATE uses the famous mint menu( i love this) its classic and it just works. You search for applications you want and select. you can even search for packages and install them directly. . its very powerful.
MATE panel sits at the bottom of the screen by default, this you can change.. and it can handle quick lunch buttons to launch you favorite application. MATE also supports applets (like gnome2) but this has to improve a little more.. its still very unstably at times!(but it wont bother you )

MATE is very flexible, you can change the themes and colors, just like gnome2.

How to bring down a server :

Okay this is gonna be a super quick tutorial.Some times when you want to make a big impact, a small action is enough!! but first a notice: 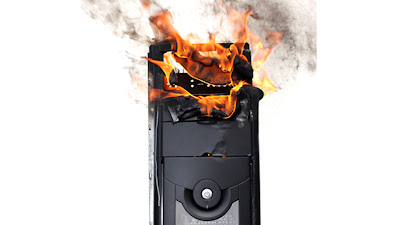 THIS TUTORIAL IS ONLY FOR EDUCATIONAL PURPOSES. DO NOT MISUSE IT . DO NOT USE IT AGAINST ANYONE’S SITE OR SERVER. I WILL NOT BE RESPONSIBLE IF SOMETHING GOES WRONG . AGAIN THIS IS ONLY EDUCATIONAL.

Today we are gonna concentrate on how to bring down a server.Usually when you give too many request to a server or a site it tends to crash.(also known as ping)

Requirements : Any Ubuntu based Linux (ex. Linux mint, Ubuntu, etc etc.)
The first step is to install a program called “siege” this is a command line program.This Task is a pretty small one.
This program is actually used by administrator  to check the strength of their website
which essentially means we can also use it to overload the site and bring it down.

The simple steps for installation are

NOW TO ACTUALLY PERFORM THE TASK..

Here  “-c” indicates how many concurrent users.. meaning how strong the attack should be.! (this depends on your computers processor (if you have single core then 200 is max, if you have a more powerful comp, then 5000,10000 etc etc)

Note:This Process may or may not work. powerful servers like Google or yahoo cannot be brought down with a single computer. keep this in mind this can be super powerful if you want!
please experiment it out and let me know what you think in the comments.